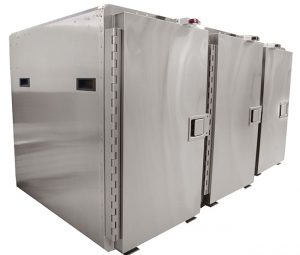 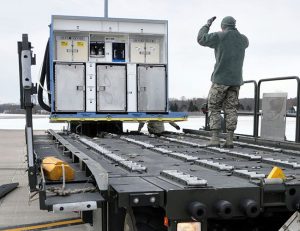 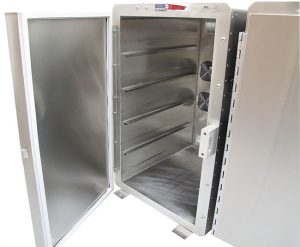 Ownership costs are very low due to the virtually maintenance-free nature of the technology and the rugged reliability of TECA’s thermoelectric cooling components. Our design optimizes the efficacy and performance potential of the cooling components. Made in the USA and shipped direct from our Chicago factory, there is no better choice for quality, performance, or reliability.

The TR-059 is an eco-friendly refrigerator with a proven performance history in military aircraft. Call TECA today to discuss your needs with our engineering and/or sales team. We offer friendly and knowledgeable product advice. 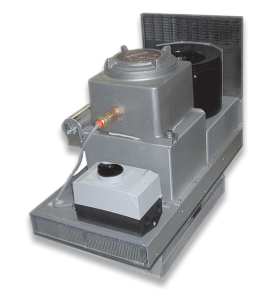 A custom design solution based on a standard thermoelectric air conditioner AHP-1801X was developed to meet European hazardous environment specification (ATEX) for a customer that was in need of such a system in a very short time. 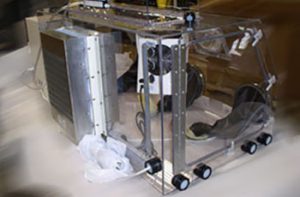 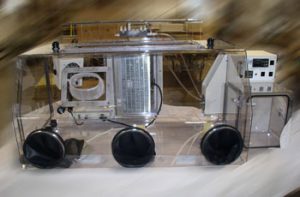 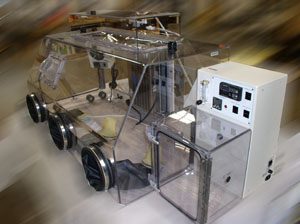 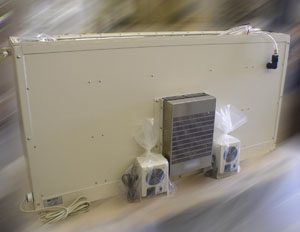 Industrial applications include product weighing or assembly with humidity and temperature maintenance. 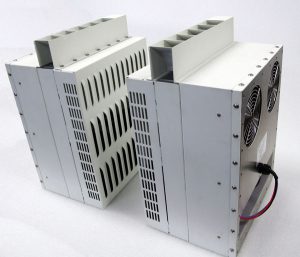 A leading military and aeronautics contractor needed a cooling solution for an enclosure which would be on a high altitude vessel. The system would be exposed to high winds and ambient elements present in the altitude.

Working with the customer; TECA sales and engineering team designed a cooling solution with specific intake and exhaust characteristics along with custom paint and finish process that could withstand the conditions it will be exposed to. 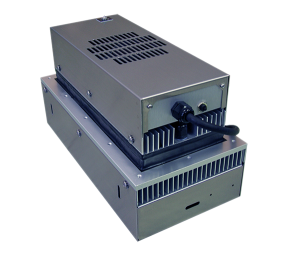 Sometimes it just takes a long time to get to the heart of a problem. AHP-1200X “quick quote” for two thermoelectric air conditioners came into our sales team. It was responded to and followed up. The application was reviewed, a quote was made and an order placed.

Only after did we learn that the hard requirements they were looking for were:

Fortunately the selections within TECA’s enclosure air conditioner family are large. The military Contractor borrowed a unit from TECA’s loaner stock and based on that success, placed an order. It was then that we found a problem.

It seems that the application was to cool some sensitive electronics out on a 200 meter DC input which caused droop in the input which in turn caused a ringing in the circuits. The new digital monitors being used were susceptible while the older tube monitors had no issue.

Working with the customer it was determined that by changing the controller to a ruggedized PWM controller all problems were solved. 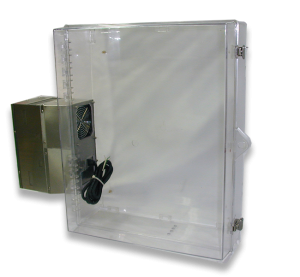 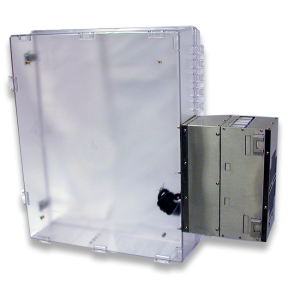 TECA provides standard off the shelf as well as custom designs to meet the needs of the end user. Alarm enclosures can be exposed to some of the harshest conditions like the extremes of live-fire heat and hose-down. The alarm enclosure pictured here is for fire safety and switches. The transparent plastic enclosure is accessible and secure while being cooled to desired temperatures under harsh firefighting conditions. In this example TECA provided custom modifications to provide for redundancy and mounting requirements specified by the end user.

Contact teca@thermoelectric.com to inquire about custom designs for your needs. Our friendly sales team looks forward to hearing from you! 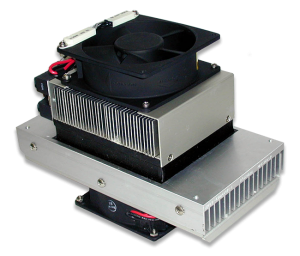 A branch of the US military had a need for cooling a small enclosure containing a critical voice communication system. The shipboard system had to be resistant to salt water corrosion as well as pass stringent shock and vibration testing.

Modifications to TECAs AHP-300X solid air conditioner allowed the unit to meet specializing and air flow requirements and pass these tests. The challenge was to overcome the small available space both inside and outside the enclosure. The heat sinks were turned so that the heat rejection air flow and internal cold side air flow moved in different directions.

This unit is a prime example of how flexible Team TECA is when customer needs require customization of standard products. 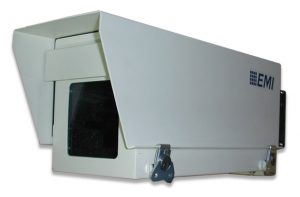 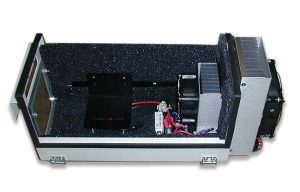 Video cameras needed to function in an environment beyond their rated temperature range.

TECA adapted a tiny air conditioner based on Model AHP150XE to mount to a standard commercial enclosure. The package was completed by retrofitting the cameras with insulation and special cooling units. The design satisfied our customer’s needs to a “T”. 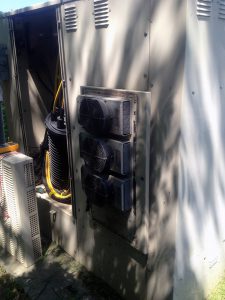 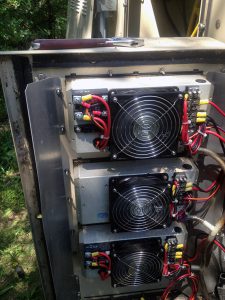 A common use for thermoelectric air conditioners is the cooling of electronics cabinets.

These photos show an outdoor communications cabinet being cooled with a system of TECA air conditioners that have been customized for the end user. The units photographed here are over 12 years old, a testament to the reliability of TECA’s thermoelectric air conditioners.

Also worth mentioning is the lack of maintenance that thermoelectric air conditioners require. With no moving parts except for the fans, no filters to change and no chemical coolants, TECA air conditioners are an ideal and environmentally friendly solution for remote areas. 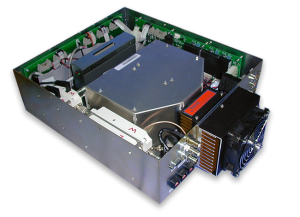 A small TECA thermoelectric air conditioner is used to cool electronics, preventing over-heat shut downs in a critical application. A leading manufacturer of mobile electronics communications and imaging devices required a fail-proof solution for law enforcement. Customizing a TECA air conditioner, we were able to support the end user’s needs for over a dozen custom models within a short delivery window.

Contact TECA Sales to ask questions and gain valuable sizing advice. We look forward to hearing from you! Phone: 773.342.4900