NEMA-12: Type 12 enclosures are intended for indoor use primarily to provide a degree of protection against dust, falling dirt, and dripping non-corrosive liquids. Applies to AHP & FHP models.

NEMA-4: Type 4 enclosures are intended for indoor and outdoor use primarily to provide a degree of protection against windblown dust and rain, splashing water, and hose directed water.  TECA products with the “XE” designation use sealed fans, sealed components, stud/gasket mounting and Mil- Spec finishes.  They are designed to maintain the enclosure rating and perform in the rated environment. Applies to AHP-XE & FHP-XE models.

NEMA-4X/Harsh Environment: Type 4X enclosures are intended for indoor and outdoor use primarily to provide a degree of protection against corrosion, windblown dust and rain, splashing water, and hose directed water.  TECA products carrying the “X” designation use Mil-Spec fans, o-ring sealed power supplies, no exposed electronic components, stud/gasket mounting and Mil-Spec finishes. They are designed to maintain the enclosure rating and perform in the rated environment. Applies to AHP-X & FHP-X models.

CID2 Class I, Division 2 (Hazardous Environments) – a location (1) in which volatile flammable liquids or flammable gases are handled, processed, or used, but in which the liquids, vapors, or gases will normally confined within closed containers or closed systems from which they can escape only case of accidental rupture or breakdown such containers or systems, or in case of abnormal operation of equipment; which ignitable concentrations of vapors are normally prevented by mechanical ventilation, and which become hazardous through failure operation of the ventilating equipment; that is adjacent to a Class I, Division location, and to which ignitable concentrations gases or vapors might occasionally communicated unless such communication prevented by adequate positive-pressure ventilation from a source of clean air, safeguards against ventilation failure pro-vided.
Applies to AHP-XP models

TECA’s FHP thermoelectric air conditioners are designed to mount on the outside of the enclosure. There is no intrusion within the enclosure allowing for greater design flexibility. A mounting plate provides for easy installation.

Side, Front, or Back Mounting: This mounting orientation is recommended for applications with high humidity or incomplete cabinet seals. Condensation can be removed via moisture collection systems (standard on FHP-units and AHP-1400) or a drip pan positioned below the cold side fins. Drip pans are optional for thru mount style units.

Top Mounting: It is difficult to collect condensation in this orientation due to fin orientation and gravity. If a drip pan is employed by the end user, use caution to place the pan far enough away from the internal fan to minimize the restriction of air flow. The pan should cover the fin ends as well as the fan area. When there is a choice, side orientation is preferred by most users in high humidity environments.

Condensation
Condensation may form on the cold side fins when the surface temperature goes below the dew point temperature. To reduce the possibility of condensation or to transfer condensate to the outside of the enclosure consider the following:

FHP-Series and models AHP-1400, AHP-1501 Air Conditioners contain built-in condensate removal systems. The condensate system consists of an anti-fungal sponge with a condensate wick. PVC tubing is also provided for drainage. The wick should extend below the cooling assembly to allow for a gravity feed.

On this website under “APPLICATIONS“, please also see the ongoing test of TECA Model AHP1800XEHC which has been in continuous service for over 80,000 hours outdoors on the roof. There is also a picture and description of a TECA Model AHP1200X with 120,000 hours of duty with no problems other than dirt! 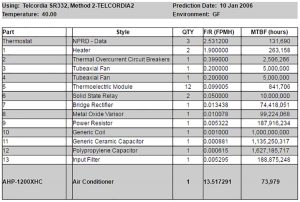