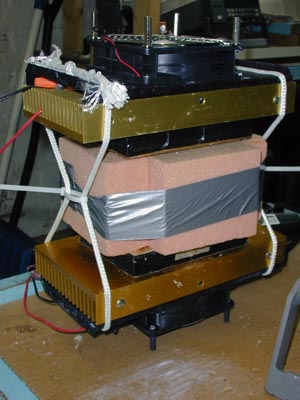 A cascade sandwich is what we called this that day, built using two AHP-300CP cold plates. The customer needed a fairly large mass cycle between two extremes. The mass and size of the load were limiting factors. The pictures and assembly look crude, and it was, but they were also effective.

It was determined that a final design based on standard components would be successful and it was.

The AHP-300CP series is now replaced by a newer and more efficient model the AHP-470CP series.